I played in a church in Hackney. Harvey Brough was the man responsible. This pic below represents the kind of thing on offer. That’s Ninki V, Clara Sanabras, me and Andy Hamill. Kind of like a medieval guitarmageddon.

This month I also went to Mostra Film Festival in Sāo Paulo, Brazil. I was playing classical guitar with Laura Rossi on piano and the Portinari String Quartet from Brazil. We were playing Laura’s music to accompany the films ‘Silent Shakespeare‘ which are very early Shakespeare Films. Early as in – ‘made in 1899’. 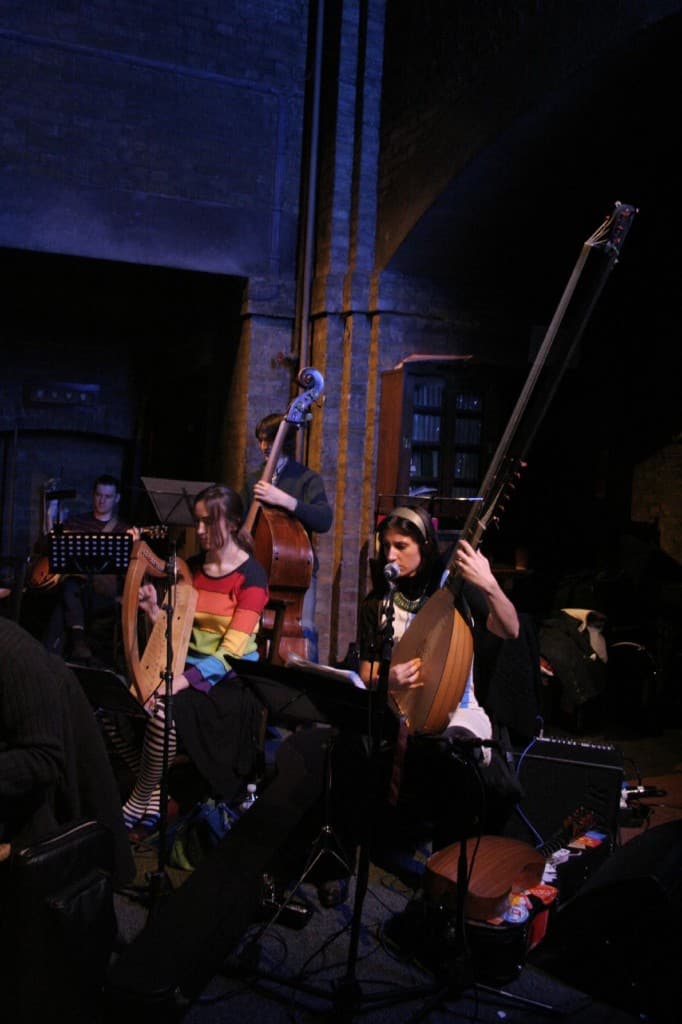