From October ’05 to March ’06 I led a composition/improvisation workshop for 20 A level students.

This project started out as a commission by the good people at the Riverhouse Barn in Walton-on-Thames to involve 20 A-level students from Esher College and Hinchley Wood School to each produce a composition which had scope for improvisation and would be played by my trio.

I decided to get Milo Fell and Tony Woods on board so we had a slightly unusual line-up of guitar, saxophone and drums and we held four workshops at the barn where we demonstrated various compositional devices used in a jazz performance and played and discussed the students’ compositions and they, in turn, developed their pieces over the course of six months from October ’05 to March ’06.

This culminated in a performance of their music at Esher College. We were also commissioned to write some music based on an exhibition by the Brazilian artist Ana Maria Pacheco and asked to play at the Riverhouse Barn’s first ever lunchtime jazz concert.

Here are some more photos of the first workshop, the evening concert and some of the pictures that inspired our new music. 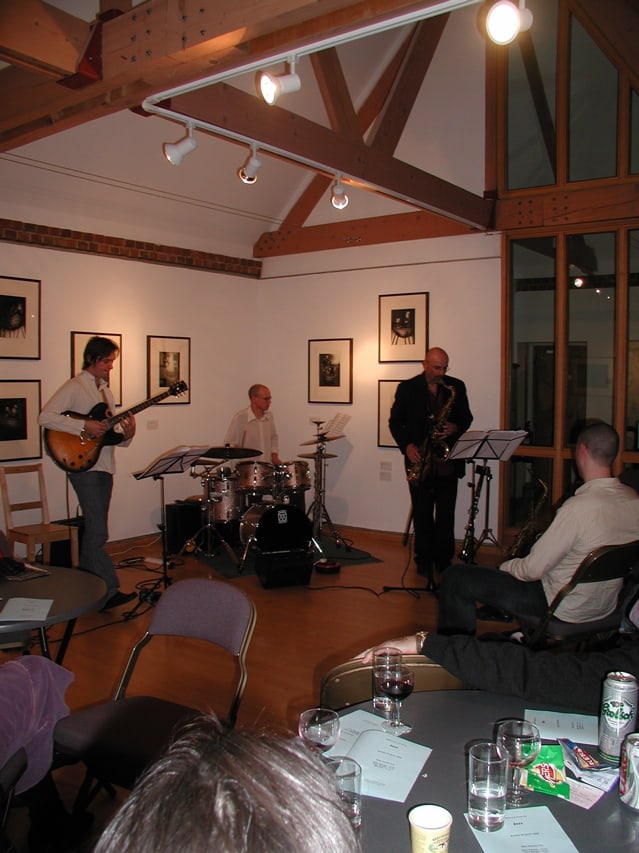