Seeing as I’ve not got much on at the moment, I’m having a bit of a practice-a-thon. I’m learning all kinds of stuff; going over pieces I know, learning new things. Anyhow, I was having a nostalgic look at ‘Fire’ by the splendid Mr. Malmsteen, which led to musing about Ritchie Blackmore (Since You’ve Been Gone is an all time favourite solo). I had a GREAT Rainbow compilation that I got when I was 11 that I used to jam to relentlessly :) Here’s a pic of the sleeve. It’s not on Spotify, but here are the tracks. 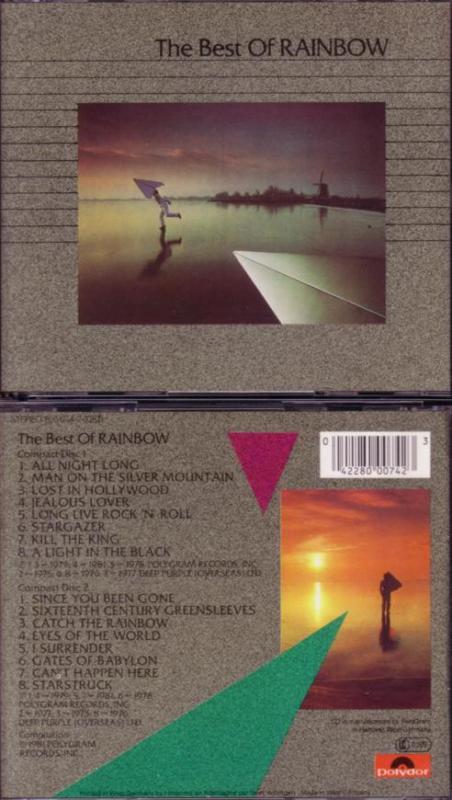 Anyhow, here’s the point!, over at Ritchie’s site, there was a nice bit about his favourite guitar solos (it’s no longer there now), However, they’re all fantastic and a shame to lose stuff like this, I think, so here’s his list:

The Ricky Nelson track led me to a compilation by Keith Richards, which is similarly splendid.