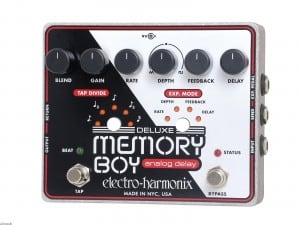 Real quick. Count me off at this tempo…

Well, one way to do it is to look at a clock and count the rate of the seconds – that’s obviously 60 bpm [beats per minute]. Double it if you need 120 bpm; half it if you want 30 bpm. And then, is it a little faster or slower than one of those?

Hooray! I knew I could count on you ;)

So, let’s make a tempo map. The idea is to pick some very memorable songs that you can easily hear in your imagination and map their tempo. You want to pick definitive recorded examples, not generic songs like ‘Happy Birthday’, so that you’ve got something concrete to point to as an example of a particular tempo.

I suggest you pick one band as that will make memorisation much easier. And pick a bands/artist with tons of great songs, e.g., The Beatles, Stevie Wonder, Michael Jackson, Led Zeppelin, Billy Joel, Elvis, etc. But, whatever you’re into that fits the bill will work.

Then you want to find a way of linking the BPM to some content within the song. Or, any way of memorizing the tempo that’s quick and easy.

I found this useful site https://www.bpmdatabase.com, which is a list of thousands of songs & their metronome marks. On that site, you can look at all the songs by, say, Paul McCartney and choose the song you know best at a particular tempo, then come up with a way of memorising the tempo. For example, it’d be great if ‘When I’m 64’ was actually 64 BPM. But it isn’t, so forget that. But you get the idea, eh?

The Best Band In The World 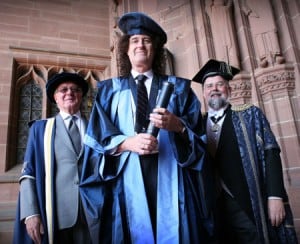 So, maybe, like me, you’re a massive Queen fan?

Of course you are!

I’ll start you off. Here are some Queen tracks and their rough BPM. Be creative in linking the tempo to the song somehow.

For example, Another One Bites The Dust is 111 bpm, so you might associate the ‘1’ with “another ‘one’ bites..”, and the repetitions of 1, 1, 1, with those three strong downbeats of the bass line.

So those are quite specific tempi, and Queen recorded these songs without a click track so they do shift a little bit naturally at cadences and transitions (a good thing in my opinion) Anyhow, let’s round up the tempi to the nearest 10 bpm.

So if you’ve got a few song in mind for specific tempi, you can take the next step and see how accurate your recall is. Use this site to test your tempo memory powers: http://www.all8.com/tools/bpm.htm.

Another tip is to sing the lyrics. This definitely makes my recall more accurate, so give it a try.

I use this little iPhone app’s tap function (turn the volume off as the latency can be a drag) to test whether I can nail a certain tempo.

If you wanted to get even more nerdy, and I’m assuming you do if you’ve managed to read this far, well you could solidify the memory of your song/tempo association by adding it to something like Asana, Trello, or Anki which will periodically prod you to recall the song to the tempo and vice-versa. Anki’s algorithm will nudge you using spaced repetition to bolster your recall as your memory declines over time, but you could do the same in Asana by starting with daily prompts, then moving to every 3 days, then a week, 2 weeks, a month, etc.

Bask in the Adoration of Your Band-mates

Now just imagine the looks of AWE you’ll get when you adjust your spectacles, clear your throat and opine, ‘ahem, now allowing for a 3% error margin due to the epic amounts of Lambrusco I’ve taken at elevenses,  I believe you’ll find that’s 155 BPM.’