What do you think about when you play?

Oft-heard responses start around, “Nothing, man” and end up approaching misty-eyed ramblings about picking fruit or cooking. Certainly there’s magic and mystery lurking in those improvisatory hills…

Here’s a little diagram to help explain what I think goes on in YOUR HEAD when you’re improvising: The centre-line represents time passing. The dot in the middle represents now. To the left is the past; to the right the future.

You can’t be thinking of ‘nothing’ when you’re playing. If you’re unaware of what just happened, then what you played ‘now’ would have no meaning, no development, because it would always be a new thing. If you’re unaware of where you’re going, then what you just played would have no direction; you wouldn’t feel resolution points, phrase endings and so on. 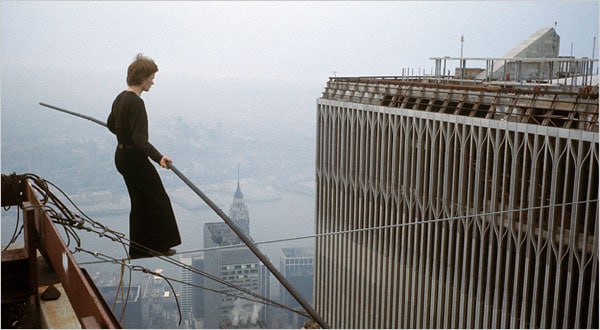 Where it all goes wrong is when you get seduced by the past or the future: things like, “that was rubbish”, “that was amazing”, “I loved that feel”, “so and so is in the audience”, “I’m going to mess this up”, “somebody is filming this, what if it gets on YouTube”, etc. If you find yourself thinking thoughts along these lines then you’re not really in the present.

So ideally you want to always be in the present and just playing.

Hi There! Welcome to Nirvana!

Trouble is, it’s the stuff of magic.

Maybe what’s involved is knowing your stuff cold, or maybe being totally ignorant, or maybe it’s just not giving a flying fuck about anything, maybe it’s just loving what you do. Maybe it’s just giving up holding on to thoughts (!) and just getting on with doing whatever it is you do because it’s just more fun if you do that. Being judgmental or anxious is tiring.

Check out this video of Ronnie O’Sullivan making a maximum 147 break in an incredible 5 minutes 20 seconds.

Obviously I’ve got no idea what was going on in Ronnie O’Sullivan’s mind at the time he did this. But I’d suspect there was not a lot of mental chatter about the previous game or the last black, just a lot of doing. But who knows? it could be that while he did this there was a constant internal battle to stay present, and maybe that’s what makes a Ronnie O’Sullivan?

I’d be interested to hear if anyone has any experience in areas where you have to be ‘always on’: Air-Traffic Controller? A Surfer? A Comedian? A High-Wire Walker? A job or an activity where there’s not much room for mind-wandering or coasting. I think those people would have some interesting things to say about focus and being in the present moment. And how to get better at being there.

What do you think? Have you gotten better at this? Do you meditate? How does that affect your focus? When you’re in the moment, can you can mess about with it? Do you do an activity where you can more easily be in the present? Anyone studied Situational Awareness? Feel free to chime in with any thoughts on the matter…