I’m only doing private tuition now on Saturdays and Sundays between 9 and 12.

Recorded Harvey Brough’s ‘Requiem in Blue’ with Clare College choir (here they are) and a host of other soloists. 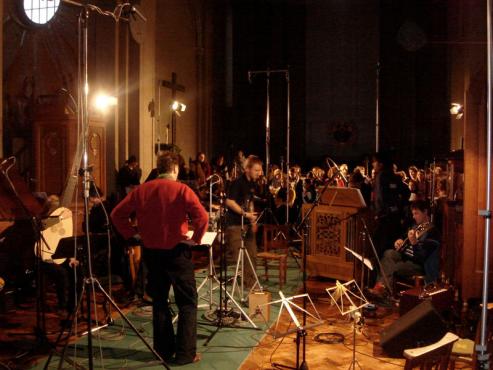 Check out the album here

Did a tour of the UK with Theo Travis, Roy Dodds and Pete Whittaker. Got to play almost loud. Here it is on YouTube, I do a slide solo and where I throw the slide on the ground but it smashed into tiny pieces, splintering into jagged counter-patterns if you will.

But, fear not, I carried on – tremendous professional focus.

Slide is quite hard, and I decided on this tour I would have a crack at it. If you can imagine the sound of a theremin being played by someone who’s injected toothpaste into his head then you’ve a pretty good idea of what I sound like.

In a gesture of band solidarity Roy smashed his stick.

Here’s another gig of us at the Boxford Fleece, the crowd went apoplectically mental that night.