Back when I left school, I happened to go to a little tertiary college in Leigh. Fortunately for me, there were some fantastic teachers, one of whom was Steve Berry. He used to run a workshop that was great. I could recount many experiences that opened my mind and ears, but they generally involved being challenged in one way or another. Tormented, as I saw it :) Here’s an example: 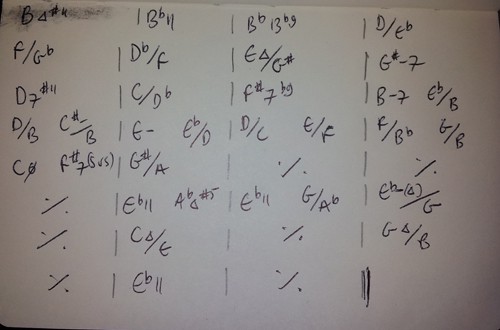 At the time if I had to solo over that, it would probably have felt like someone doing one of those fairground electric buzzer games after drinking ten espressos, but it would have nevertheless given Steve a pretty good workout, as I’m sure my note-choices would’ve offered him a few harmonic avenues to ponder that he would never have thought of before ;) Or I might’ve provided him a good core-strength workout from stifling laughter. Either way, I sounded awful. Unless your idea of good is ‘random wrong notes, played with an ever-increasing sense of wrong’. 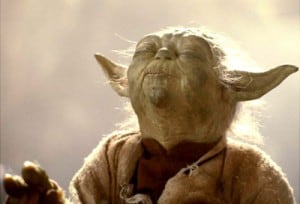 Use your ears, Luke.

Steve’s unerring mantra was ‘use your ears’, which is a good leveller for wherever you are. If you’re a beginner: play what you hear. If you’re melting faces: play what you hear. And if you’re listening to each other then you can make music. So with that in mind I figured I’d like to be able to hear that chord progression. And here’s where you can have a go with some of the things I tried on this in order to get it my ear: