Here’s part two of this series on the Melodic Minor Modes. This one is about the Phrygian Natural 13 mode. Click on the player above to hear it and download it for free if you like. Below is the notation and TAB; feel free to download that too and peruse it at your leisure. Do check out the related Guitarist column too as there are some nice chords there. Some pretty; some evil. 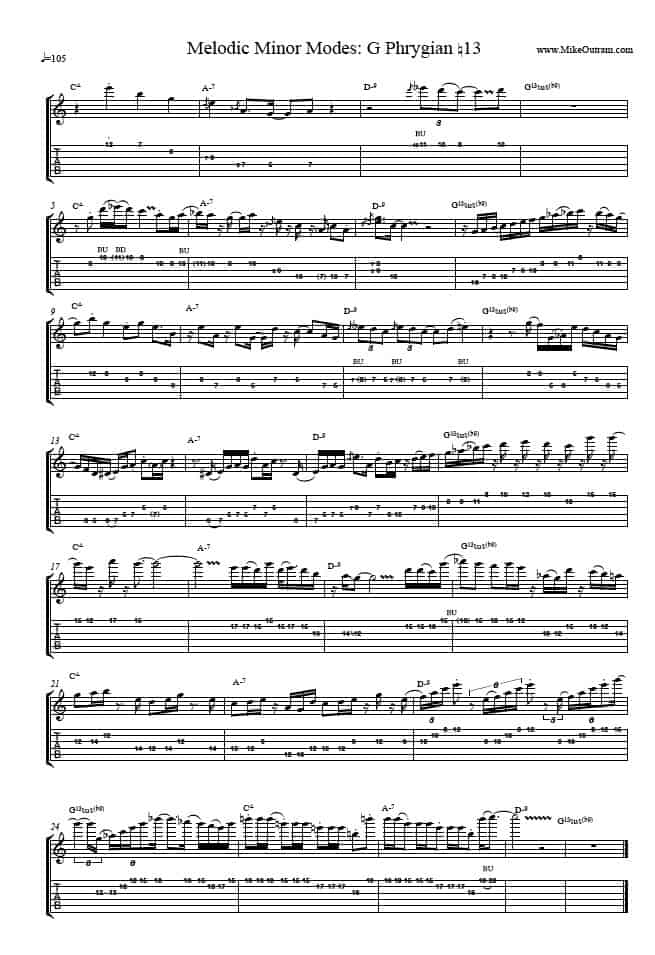 So, on with it. Some people name this scale Dorian b2, but the scale sounds more Phrygian-like to me so I use this name. Bear in mind the audience doesn’t hear the name of the scale when you use it so you could call it Sir Wolfgang Soil Spores III for all it matters. Call it whatever makes it sound the best.

This sort of groove and harmonic sequence makes me think of George Benson. Some of the things I like about his playing are: the rhythm, the lightness, energy, rhythmic space, joy… he’s just ridiculous. And he has an incredible ‘tache. And he won’t quit ’til he’s a star. Check this out and weep at the funk. So, anyway, I love playing on this kind of thing. Hopefully, this little improvisation sounds nothing like Benson and that’s what I want; when I can let my influences out but not do it in a pastiche and not think about their playing at all. Herein lies the road to complete brain-meltdown, so I think it might be best if we just say GB is very good but he’s not going to help me play this solo. But, if you think it sounds exactly like Benson then, oh well… back to the drawing board!

Another thing I like is to sometimes play on the changes and sometimes play bluesy stuff right across the changes. E.g. bar 5-7 you could look at that as sort of just bluesy stuff in C, then the run at bar 8 starts out in C and switches to the G Phrygian nat.13 scale. Also, take note of any repeated ideas/motifs; for example, the little quaver/2 semiquavers thing starting at bar 21. Using little motifs and keeping the ideas moving through the changes makes your playing sound like it’s got direction, ideas unfolding, telling a story, making sense, etc. One idea moves to the next. Maybe think of how conversations develop or how ivy grows out or [insert mystical analogy here]. Whatever makes you not raz up and down the scale as fast as you can and makes you develop ideas is a good thing.

Ok, that’s enough ‘dancing about architecture’. I really need to learn how to string a sentence together but tea and crumpets beckon. 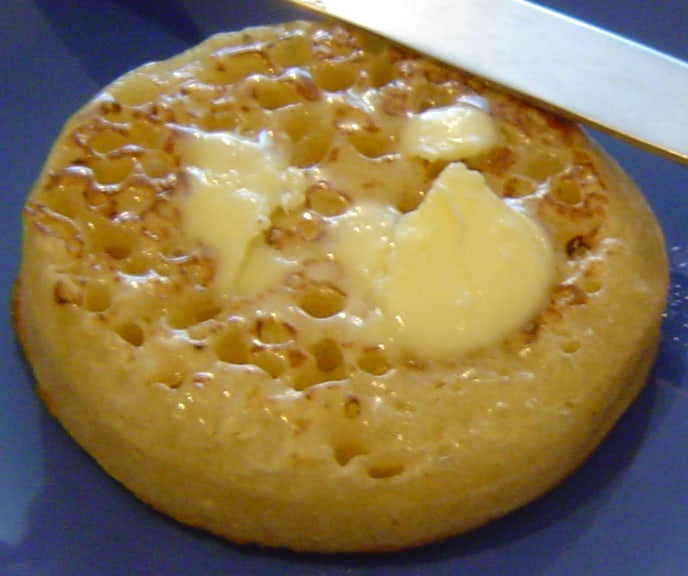 Feel free to add something here. How about your favourite 13sus(b9) voicing/use in a composition/favourite place you’ve heard it used/anything. The comment box is yours…